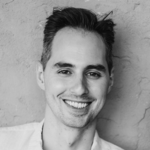 Thoughts on software engineering, data, faith, science, and a few other things...

Introduction: A Layperson's Journey to Reconcile Science and Personal Faith

Note: This is an introductory article to a series titled A Layperson's Journey to Reconcile Science and Personal Faith. The main installments are:

When I began studying computer science in graduate school I was gifted a long commute. To fill the silence I listened to conversations; first sports talk, then opinion radio, then long-form podcasts. Several of my graduate courses dealt heavily in Artificial Intelligence (AI), so this piqued my interest in interviews where guests were experts in human cognition, neurology, physics, and AI itself. Such conversations painted pictures of the modern understanding on human intelligence and the potential worlds we may find ourselves in should we ever pass the created-consciousness barrier. To this day I am greatly enriched by these types of dialogues. Because AI topics, especially when talking with theoretical physicists or biologists, intertwine with definitions of consciousness, listeners are exposed to a wide range of opinions on human nature. But my personal views, I found, differed dramatically from many of these brilliant scientists in certain specific areas. One of the biggest examples of these differences is that I held humans to be special. Most of the scientists being interviewed would have agreed on human uniqueness up to a point, but many also rejected the notion of concepts like imago dei, that people are made in the image of God ("What Does 'Imago Dei' Mean?", 2019). Although consciousness is not fully understood, they might say, it is certainly not due to anything “soul-like.” Human consciousness and intelligence can be discussed from a biological or quantum viewpoint, but there is no spiritual element. Science, some would posit, has shown there is no God and no human soul.

Naturally this created a bit of an intellectual and spiritual crisis for me. If you are not a religious person (or have never been a religious person) it might be difficult for you to relate to this struggle, but bear with me. Like anyone else, I sometimes must face the potential nihilism of my existence in the dark night, when sleep escapes me. In order to resolve these internal conflicts, I resolved to spend some time learning more about claims from science and faith. My goal was to, at least for myself, reconcile any gaps to the degree possible. After some months, I felt that I had answered at least my preliminary  concerns and I put down the summary of these conclusions into a series of three essays.

A couple of important statements are in order before presenting these three essays. First, I am a layperson in both science and religion. Although I work in the field of computer science, I am not a true computational researcher. And, though I am a dedicated Christian, I am no theologian. Nor am I a philosopher. Second, this was never intended to be generalizable. A good metaphor as to the limited scope of these essays is a mathematical model. As George E. P. Box said “all models are wrong, but some are useful” ("All Models Are Wrong"). This was intended to perhaps be useful, and that was it. Third, and it’s probably obvious but worth stating, none of this work falls under the category of rigorous research. These are reflections of a personal nature; I have indeed attempted to formulate them with care and cogency (you be the judge of my success), but I fall far short of anything resembling academic quality. I hope some of my thoughts are somewhat original, but I rely heavily on experts for the vast majority of my evidences.

Also, some definitions might be in order. First, there are many religions. While some of this material might be directly applicable to a wide range of these religions, the term “faith” in this context will refer to orthodox Christian religion, for example as defined in something like the Nicene Creed. The term science, for the purposes of this article series, will be used more broadly since the goal is to eventually distill down to some greater nuances around the boundaries of science.1

Finally, the essays. The first essay, The Apparent Gap Between Science and Faith, goes into greater detail on where I see issues between lines drawn in both the faith and science communities. The second essay, Some of the Shortcomings of Scientism and Naturalism as Grand Theories of Everything, discusses why I found science itself to be entirely incomplete as a comprehensive worldview. The third essay, Closing the Gap, provides some of the reconciliatory arguments and dialogs around compatibility between science and faith. I hope you enjoy them.

Special thanks to Josh, Gary, and Aaron for the essay reviews and encouragement; and thanks to Brad for giving me a platform to think out loud about these ideas.

Thoughts on software engineering, data, faith, science, and a few other things...

Share
Subscribe to this blog
Read Next: The Apparent Gap Between Science and Faith
comments powered by Disqus